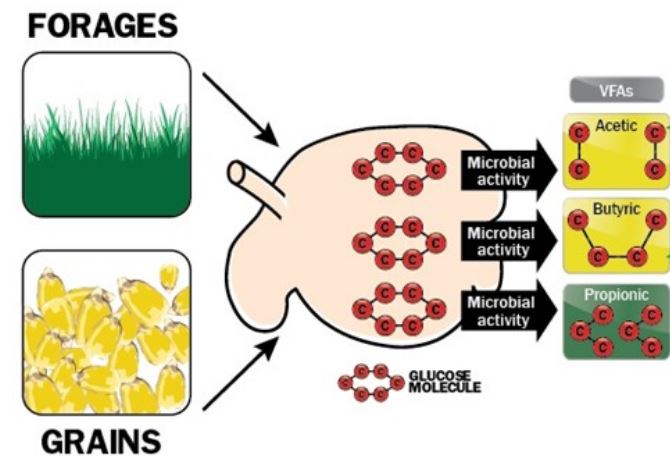 Rumen microorganisms break down feedstuffs into energy precursors known as volatile fatty acids. With increased amounts of sulfur from the diet, Desulfovibrio desulfuricans uses these volatile fatty acids, as well as hydrogen, which will react with the sulfur to eventually form H2S. This gas is then eructed out through the lungs. Figure adapted from Nagaraja et al. 1997. 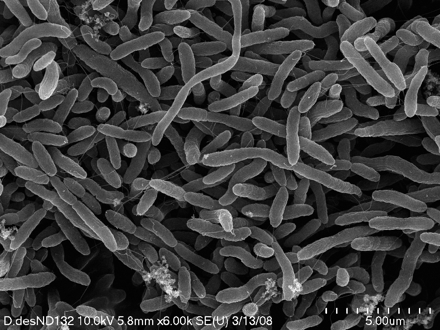 Desulfovibrio spp. may be able to decrease methane production. This microorganism and methane-producing organisms compete for hydrogen. In the presence of sulfur, hydrogen to produce hydrogen sulfide gas is the preferred use of hydrogen produced in the rumen, compared to methane production. Figure courtesy of Amat et al. 2013. 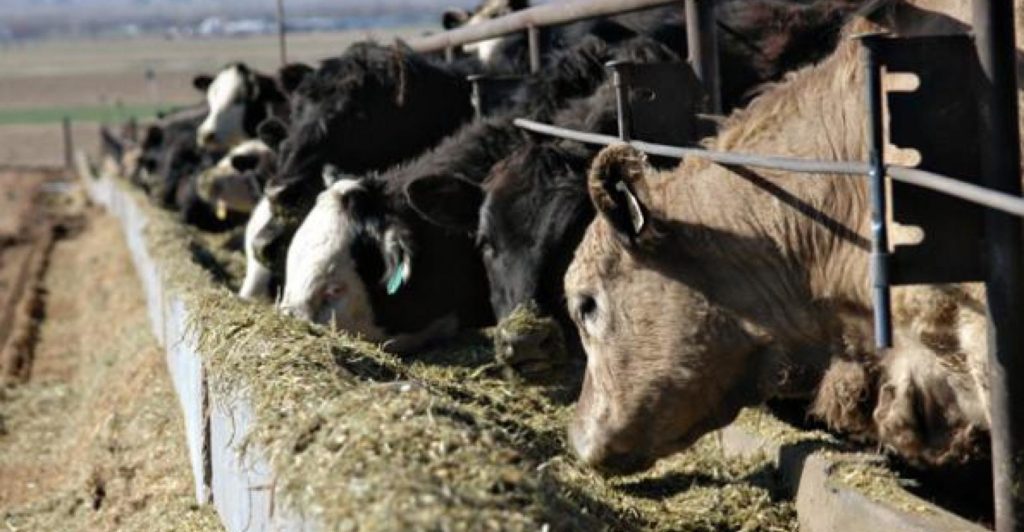 ​Desulfovibrio desulfuricans and other sulfate reducing bacteria make up less than 1% of the bacterial population that breakdown feedstuffs. Image courtesy of Beef Magazine.