Expand your understanding of the dynamic and powerful fat cell, the adipocyte! Adipocytes are the central player in the obesity epidemic, which affected approximately 107 million Americans in 2016 (cdc.gov). The concept that adipocytes are only passive players in obesity, as storage depots for excess energy, is long-gone. Rather, adipocytes and the adipose tissue in which they reside comprise a dynamic tissue whose activity can promote or suppress the path to obesity and its consequences. Our goal is to illuminate the adipocyte and its role in metabolic homeostasis by highlighting emerging developments in the scientific literature. We hope that the illustrations and connections on this feature help our readers appreciate the physiological impact of this often-overlooked cell. If you would like to learn more, reach out to Dr. Brynn Voy.

Triacylglycerides are the energy superpower that are stored in adipocytes (fat cells) for provision of free fatty acids to be shipped to peripheral tissues for energy production during a low energy state. Please click/hover on the image hotspots to learn more about this featured item. This feature created by: Kamille Piacquadio 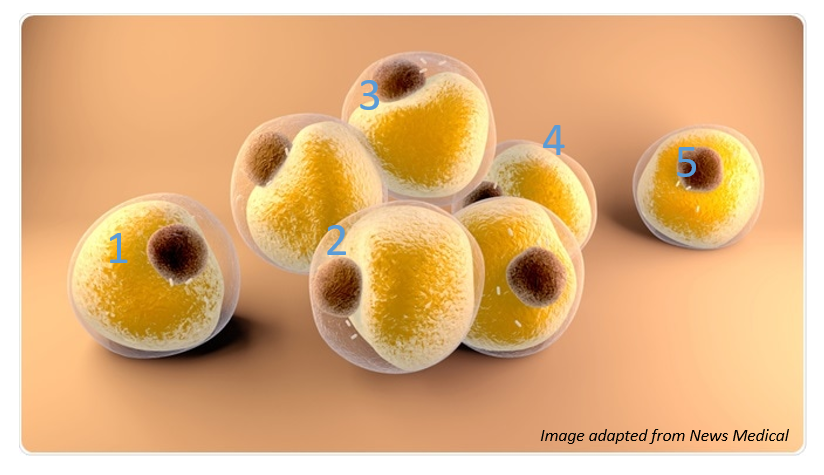 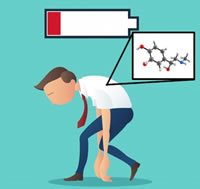 ​Running low on energy triggers the body to release gluconeogenic hormones, epinephrine and glucagon, to initiate release of TAG from adipose tissue for ATP production. 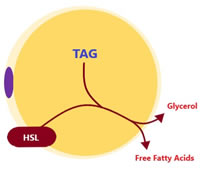 ​Expression of enzymes that breakdown TAG in the adipocyte, such as Hormone Sensitive Lipase (HSL), are essential for production of free fatty acids (FFA) and glycerol. FFA are bound to proteins such as albumin for transport through the blood to peripheral tissues. 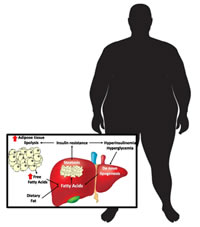 ​Obesity causes an insensitivity to insulin release. Insulin signals to the body that lipolysis needs to turn off so that glycolysis and proper storage of energy can occur. However, without insulin sensitivity, lipolysis is never fully "turned off" and FFA are continuously released into the bloodstream. This continues a cycle of more insulin being released when food is eaten, resistance to the signal which allows lipolysis to continue, and an abundance of glucose and FFA in the blood. 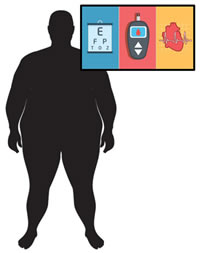 ​Insulin resistance is a cause of Type II diabetes. Type II diabetes is described as being hyperglycemic or having too much glucose/energy in the blood. Therefore, it is very common in patients who are afflicted with obesity.